Michael Simeon is an independent recording artist and producer. As contestant on the 13th and 14th seasons of American Idol, he continues to pursue his passion through every opportunity presented to him. He is the winner of multiple local contests (most recently Ole Miss’ Got Talent) and was a contestant in the executive producer rounds of Xfactor and America’s Got Talent, Michael is definitely an artist on the rise. Here you can view some of his projects and performances to date. Be sure to check back often, you can be sure to expect great things from this young artist. 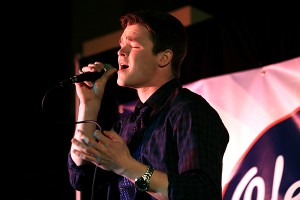 Michael Sings in the Ole Miss Idol competition in 2014

Michael Simeon (Smith) was born in Hattiesburg, MS on September 20, 1993 to Mason and Linda Smith. He is the youngest of three children. Michael’s mom, Linda, was a show choir director at the time. As soon as she was back to work, Michael would spend time in his play pen at show choir practices, piano lessons, and more.

Michael began singing at a young age and was surrounded by constant musical influence. Before the age of ten, he would make up humorous original songs intended to make his parents, brother, and sister laugh. At age seven Michael received his first guitar. It was small and intended for children, so it did not hold a tune very well. Despite this difficulty, Michael was able to learn a small number of chords and songs on his beginner’s guitar. At age nine, after a year and a half of begging his parents for an actual guitar, he received a Behringer starter kit. The kit was equipped with a Behringer electric guitar and a small amplifier.

At the age of eleven, Michael expressed an interest in playing the drums at his church. Cautiously, Mason Smith (Michael’s father, and the worship leader at the time), allowed Michael to try to play the drums. Impressed with his ability to maintain a beat, Mason allowed Michael to play with the worship team in the service. He has since become very proficient as a drummer.

In the fifth grade, Michael entered a talent show with his friend Brady, and also entered on his own. With his friend as a bandmate, they formed a small two-man band for the talent show. As a solo performance Michael sang “American Soldier” by Toby Keith. As a band, the two received very good reviews and encouraging criticism, but unfortunately did not place. Michael did however come home with third place as a solo singer, behind two dancing acts. 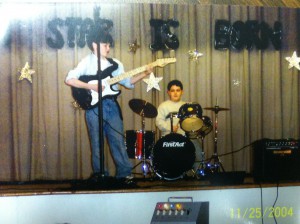 Michael and Brady in their 5th grade talent show

Musical growth did not stop there! At age fourteen Michael began to teach himself piano with the help of his mother. In the time from ages 9 to 14 Michael had taken up violin as well, as a part of the strings program with the school. However, due to the slow pace of the class, he became bored and discontinued participation with the strings program.

On July 22, 2009 Michael visited his first studio. He recorded three original songs with the help of Record Producer Al Herring. One song written and recorded with his brother (Mason Smith II) called “You (Lucky Number 7)”, and the two others “Crazy” and “Baby Let’s Fly” he wrote and recorded on his own. Michael spent the vast majority of his summer writing new songs and learning new guitar licks.

On April 10, 2010 Michael traveled with his mother to a Disney Channel open casting call in Nashville, TN. Information on the casting call had indicated it was for actors and singers. Unfortunately, Michael was not allowed to sing for the producers. Though he did act out a monologue that was later used in an episode of “Good Luck Charlie.” He, like hundreds of others, was turned away without a callback. The experience however, was a wonderful insight into the entertainment industry.

In July of 2010 Michael went to New Orleans, LA for the American Idol Auditions. He traveled with his mother, brother, and sister. They waited through most of two days beginning at 6am waiting for the chance to sing for idol producers. After hours of waiting it was finally his opportunity to sing. He sang “A Whole New World” from Disney’s Aladdin. After he was finished singing the judges deliberated and presented the four idol hopefuls with a disappointing no. When Michael asked the producers the reasoning they told him “You’re what? 16? You have time to grow. You’re good, but you could be amazing.”

Taking the idol producer’s comments to heart, Michael continued to work on, and perfect his craft, all while going to school and playing sports. In December of 2010, he had the opportunity as a Junior to be a part of the 2010 2a State Championship team. It was during the months following this victory that Michael learned how to record his own music at home.

At age 17, Michael began recording music and videos with his mom’s MacBook Pro. He made these videos for fun and to have something funny to show his teachers and friends. With no equipment aside from the computer, Michael found creative ways to record himself effectively.

In the Spring of 2011 he competed in show choir competition solo competitions. While he had been participating in such contests since the age of 12, it was not until then that he began making finals. The most noteworthy competition was the 2011 Purvis Show Choir Invitational where Michael won grand champion singing “BreakEven” by The Script. Skylar Laine, a top 4 finalist of American Idol in 2012, was also in the competition and got runner up.

On October 29, 2011 Michael released his debut EP titled “Music Therapy.” The album was self-sustaining in its three years on iTunes. The Spring of 2012 brought more success to Simeon in Solo competitions. In one instance, he competed in two competitions on the same day. While in right field in the middle of a varsity baseball game, Michael’s mother received word that he had made finals in both competitions. At the end of the inning Michael jumped into a car, changed clothes and traveled to Petal where he sang “Slow Dancing In a Burning Room” by John Mayer for the show choir crowd. Once his performance was completed he immediately travelled to Purvis to compete in finals with the same song. The following week he competed in finals at West Jones Invitational. 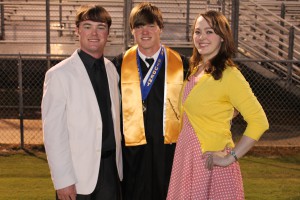 Michael graduated in May of 2012 as the 2012 Lumberton High School Valedictorian. This completed a valedictorian trifecta complete with his brother(val. 2009) and sister(val. 2006). In his graduation speech Michael pulled his guitar from beneath the podium and proceeded to sing an original humorous piece written for his classmates.

The Summer of 2012 was spent working as a counselor at the YMCA and recording various local artists in his makeshift home studio.

In the Spring of 2013 Michael made it to the executive producer rounds of both Xfactor and America’s Got Talent. He was cut in each contest after this round. A contestant in Ole Miss Idol, Michael was among the top 5 finalists, but was bested by the incredible vocalist and 2013 Ole Miss Idol winner Yasmin Glover.

In August of 2013 the American Idol bus tour came to Oxford, MS where Michael attends the University of Mississippi “Ole Miss.” Encouraged by his Chi Psi fraternity brothers, Michael decided to audition for the bus tour. He was one of twelve contestants ,out of over one thousand, that made it through to the next round. Through this ordeal he met and has since become good friends with Keith Sanders, a local artist in Oxford. 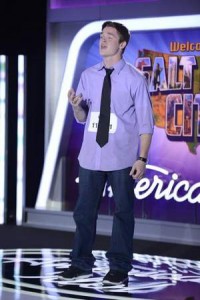 Michael sings Breakeven -The Script for the Idol judges (not televised)

The next round of auditions were held in Salt Lake City, Utah. The week spent in Utah was full of video interviews and auditioning for the celebrity judges. Michael, along with Keith, received three yeses from the judges to go to Hollywood.

He spent the rest of the semester completing school until finally flying out to Los Angeles. He spent the week in the infamous Hollywood Week. At the completion of the week Michael received disappointing news that he did not make it past the top 48. Head held high Michael accepted the news and went home. His journey has not ended.

Michael was named the 2014 Ole Miss Idol winner, and then in the summer of 2014, Michael received yet another opportunity to audition for American Idol. He first auditioned in New Orleans, where he performed for three executive producers. Michael received a surprising and disappointing “no.” After a few weeks of practice and thought, he decided to give it one more shot in Nashville, TN. At this audition, Michael sang for the same three executive producers, but this time he was allowed to move on. When auditioning for the celebrity judges, Michael quickly received three yeses and immediately following he asked Jennifer Lopez to dance with him. The video received in the upwards of 40 million views on Facebook. Michael went on to be in the top 12 male contestants when he was ultimately sent home.

Michael continues to practice and grow his craft

, and is a frequent act at the Rib Cage in Oxford. He is currently enrolled at the University of Mississippi as a senior Electrical/Computer Engineering major, and spends whatever free time he has writing, recording and performing. At the Young age of 23 Michael’s music career is only getting started, and we can’t wait to see what great things this young man has to offer to the music industry.